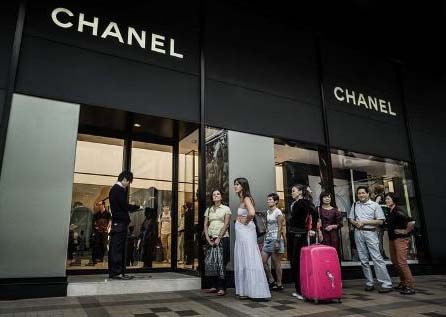 According to reports, for the next year's market trends, European luxury goods makers responded by saying that the economic downturn will continue to prevent consumers from buying designer clothes and leather handbags.

Bain, a world-renowned consultancy, stated that sales of luxury goods should be boosted from the second quarter of 2013 due to economic concerns. However, at a fashion summit in Florence, executives from some of the top companies in the industry stated that This increase may continue to slow down until the second half of next year.

"The market is very unstable. We must keep our heads calm and determine our forecasts at any time." Michel Nelsa, chief executive of Italy's luxury shoe brand Salvatore Ferragamo, told reporters at the summit, "The next year's The first quarter will grow more slowly and the second quarter will likely recover. We see these signs in all our market performance."

European companies, such as Ferragamo, French conglomerate LVMH and Italian counterpart Prada, avoided the worst effects of this year's recession, thanks to the consumption of wealthy tourists from Asia and Russia.

However, sales of Italian fashion in 2012 fell by 4.4% compared to 2011, said the head of the Italian Federation of Textiles and Clothing (SMI). SMI** Michel Tronconi said at the summit: â€œOrders for goods delivered within the next few months have shrunk, and this trend will not change soon.â€ According to Bain and the Italian luxury goods trade agency Altagamma According to the report, global sales of luxury goods this year are expected to grow by 5% to 216 billion euros, an increase of 13% year-on-year, and an increase of 8% compared to 2010.